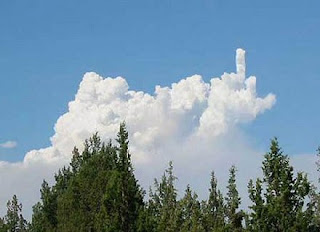 I can't seem to shake this migraine off. It has lasted for two weeks now. It leaves and then comes back again leaving my head bruised so it doesn't put me in the greatest of moods.
I generally love my job, especially when the weather is sunny and cool. Right now, we are getting hit with a nor'easter. It is pouring freezing horizontal rain. If this were snow, it would be a nightmare.
Luckily, I am not scheduled to walk any dogs today. I am equipped with fisherman's rain gear and a pair of wellies for weather such as this. Most of the clever dogs know enough they do not want to go out in weather like this and I have quite a time coaxing them to go outside to at least relieve themselves. One little dog in particular hates cold, snowy and rainy weather. She will hide under the couch. I have to make a path of "treats" to get her to come out from under hiding. Most of the time she'll will leave a "package" on the rug to let me know, "see! I've already went so I don't have to go outside!"
As far I as knew from a confirmed schedule I only had a cat customer today. When I pulled up to the house early this morning driving through the torrential rain I saw a car parked in their driveway. I then checked my cellphone for messages to see if they had canceled this visit.
From past experience, even though there wasn't any messages on either home phone or cellphone in regards to cancellation I figured I better call the customers home phone before entering the home.
I have had situations like this more than once that the husband and wife assumed the other one called to schedule or cancel an appointment but neither did, thus I've awoken half ballicky men sprawled on the couch to both of our surprise. Believe it or not, this is not a good scene.
Sure enough, when I called, the wife answered the phone. She said she had left me an email that night cancelling the morning appointment.
?!?!?
I know people are busy with their lives et cetera, but I don't make a habit of checking my emails at midnight. I generally expect people to give me at least 24 hours notice into contact me for either a scheduling or cancellation of an appointment. I know there are also emergencies that can't be avoided. Life can throw you a curve ball when you least expect it. I do my best to accommodate people.
Regardless,, I was still a bit annoyed.
A week or two ago, I received an invite to a cousin's baby shower. I see this cousin maybe once every five years. He is a nice enough kid I just don't see him often nor hang out with him but I like him well enough. I put the invite on the counter deciding weather or not I could attend this event.
During this time, between MA and NH school vacations back to back meaning I was inundated with vacationing customers. On top of it, I was still reeling from taking a customer to small claims court for nonpayment of services. It was a complete pain in the arse. We also got hit with a hurricane storm that left many people without power. My mom was away on a much needed vacation so I needed to check on my father daily to make sure he was OK. Plus, I felt crappy and tired. Not that all of this is an excuse but the bottom line is that I did forget to respond to the shower RSVP.
When my mother got back from vacation she called me asking me why I didn't respond to the shower invite. I am usually very good about things like this but I simply forgot. My mother was at bit upset with me as a result. I had no excuse for this. I then called my cousin, apologized for my forgetfulness and promptly sent a gift.
I'm not really sure why I am writing all of this other than I guess I am just having a bitchy kind of a day.
I guess I am hoping people will treat me the same courtesy.
Posted by saint atlantis at 7:51 AM