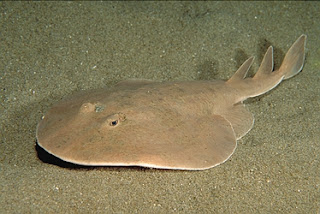 Dive # 872 August 19 2012
Today was cooler than it has been weather-wise. No blasting sun nor a hot August  rain-storm.
Wind, however, was a little funky blowing from SW.
We headed towards the east side to Bemo's ledge. The captain made a call that this spot may be too choppy so we headed to Kettle island instead.. We tucked in on the south side of Kettle to avoid rough water.
We had Fred, Chris, Pat and Pete as crew. Linda G and Myanna were present as well as Linda from Connecticut out for a day of diving.
Chris and Pat stayed aboard the boat. Both ladies had "squishy ear" problems so they played it safe by not diving today.
A customer aboard yesterday had lost his lobster bag in this area so I was on a mission to search for it.
BillL lost his camera in this spot a month ago so I was in "search-dog mode" for his camera as well.. Within five minutes into my dive at 30 feet I found the lobster bag. Hooray!
The water was a chilly 52F at 30 feet. Oh my God it was Frickin' coooold!
The viz was about 17 feet. There were some really big cunners, a small skate, a good sized tautog and some big lobsters under the ledges. I was poking around the  ledges and the sandy area edges where debris gathered in hopes of finding Bill's camera.
I was at the end of my dive and at this point, really shivering making my last circle at the back end of the boat.  As I turned, I almost crashed into a very large torpedo ray!
I would say he/she was at least  5 foot in diameter. I was hoping I could nab a fellow diver to see this beauty. It is a real treat to see this ray.
This IS the time of year (end of August/ early September) when we start seeing them.
One dive was good enough for me today.
I had fun.
Posted by saint atlantis at 5:09 PM