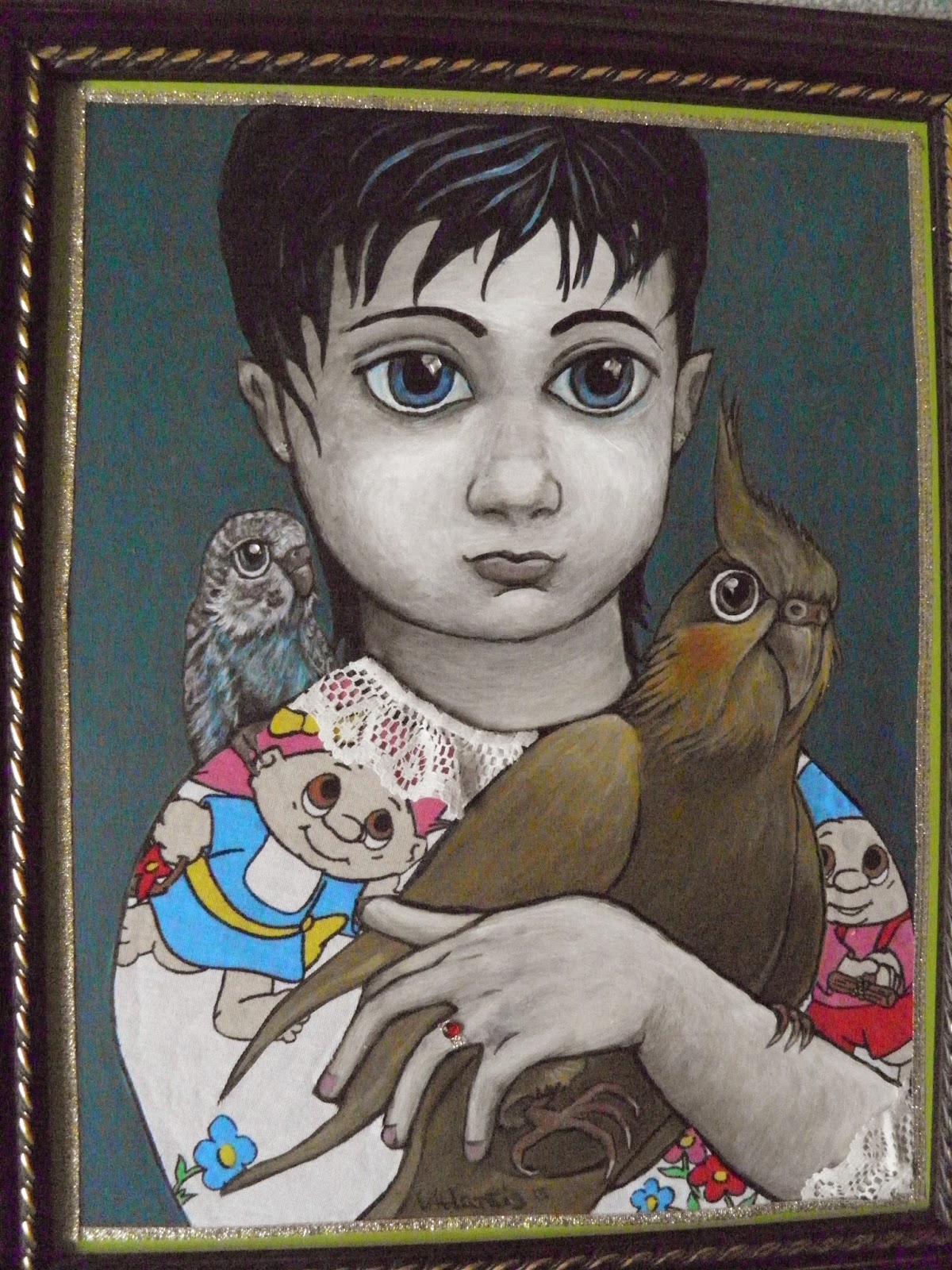 It's still snowing and snowing.
Since I am stuck in the house I created another "Big Eyes' painting.
(*Pardon the photo distortion. This happens whenever I photograph a flat surface)
Speaking of distorting lenses and art.
I rented a very good movie, "Tim's Vermeer".
*I highly recommend it.
Engineer Tim Jenison wanted to recreate  a Vermeer painting by replicating the technique in which 17th century Dutch painter Johannes Vermeer composed his incredibly realistic paintings.
Tim Jenison was not an artist but he used the exact methods Vermeer painted using mirrors and lens to produce the lens-produced images of light and colour.
It appeared that Vermeer was in fact "an engineering genius" and critics therefore were dismissing him as a  "cheat" and not a "true artist".
I find that Vermeer was indeed brilliant but to dismiss him as an artist?
Are you kidding?
Art is art is art no matter how you get there.
He was a creator not unlike graphic artists that use the computer as a tool to create just as he did. He alone invented this tool calculating the way light filters through a camera-like box using varying thickness and shapes of glass, and then projecting it onto a stretched canvas.
I've seen artists using complicated computer programs rendering images to look so real. Are those computer engineers not artists?
I've seen comic book (graphic novel) artists using airbrushes and other devices to paint fantastic fantasy images and yet, some traditionalists dismiss this as art.
Seriously?
There are some things that are passed off as art in which, come on, aren't art. For example, someone sits on paint and then sits on a piece of paper making a butt print isn't art. I could go on and on but I'll refrain from some of the gross things that have been passed off as art.
As I had mentioned in a earlier post on contemporary artist Margaret Keanes' "Big Eyes" paintings. Her painting were dismissed as "not real art".
I don't care.
I like 'em.

Posted by saint atlantis at 1:25 PM