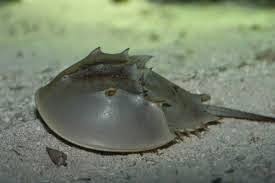 Dive #917 June 29 2014
Today was a banner summer day.
Hot, sunny, clear with a slight breeze. Everybody, or so it seemed, was out at the beach today.
Today was the St. Peter's festival event in downtown Gloucester so it was really busy on land and, in the water. The river was completely chock-o-block full of boats.
We had Fred and Chris in charge plus Pete, Andy, Jackie and Sandy out on the boat today.
We headed over to Folly Cove to avoid the bridge and also because it was Sandy's first dive of the season. I was totally OK with that. I really like Folly Cove and for the most part, I "usually"don't get "lost" there.
I brought my dry suit this time but as I was donning it I was regretting that I brought this instead of my wet suit. As I was ready to hit the water I noticed my tank was completely empty of air. Pete and I filled it last weekend after our dive. I am guessing maybe the valve got nudged and air leaked out. Chris, thankfully, had the her little yellow AL tank onboard that I could borrow.
Seriously, it was freakin' hot wearing this dry suit. I took a dunk to at least cool my head off. That is when the anchor started to move out of the sand. This is not a good thing because you didn't want to drift about with an anchor jumping about in the sand. I gave Chris a hand pulling up the anchor so we could re-anchor it down in a more secure spot. Let me tell you, pulling that sucker up  is a workout!
When I finally went in for my dive I was glad I wore the dry suit after all.
The water was bloody freezing! At about 25-30 feet I got a temp reading of 45F under the boat.
Under the boat I saw lots of sand dollars and some flounders. The viz was about 10feet.
Dive #918
We were going to move but there were so many boats out there that it was best to just stay put. I was happy with that.
I wanted to go over by the wall since I just hung around under the boat for my first dive. I had enough air in my tank to do a second dive. I poked around the little UW caves and I saw big cunners, a tautog, a very large striper as well as some flounders and crabs.
Andy reported he saw a horse-shoe crab. Jackie reported she saw a lion's mane jelly fish as well as the half eaten jelly donut she partially ate float on by.
We all had a good laugh about the floating donut.
Another great day!
Posted by saint atlantis at 5:14 PM